Full house for Sarah Paterson at the RNOH Teaching Centre / 2019

In October 2019 at the RNOH Herbert Seddon Teaching Centre, Imperial War Museum Librarian Sarah Paterson presented an illustrated talk for the 'Grey Lady' project, which looked at the development of different nursing organisations in the First World War, revealing how profoundly it changed the status and profession of nursing.
​​​​​​​Pictured below is a photograph of a Nurses' sitting room in what is now Eastgate House - probably taken soon after the Wardell Hospital was sold in 1920 and almost certainly very little changed since Mary Wardell's time.

In Mary Wardell's letters and newspaper articles about the Convalescent Home for Scarlet Fever there are frequent references to the difficulty of finding nurses who have already had Scarlet Fever, and the problems with retaining 'Sisters'. Archives in the Royal College of Nursing and elsewhere also reveal that many nurses trained at the Mary Wardell Convalescent Home.
During the First World War, the Convalescent Home was requisitioned by the War Office and became the Wardell Auxiliary Military Hospital. The British Journal of Nursing has detailed accounts of the experiences of nurses in the First World War, and lists nurses trained at the Mary Wardell Convalescent Home before being deployed to 'Home Hospitals' and France.
​​​​​​​​​​​​​​Laura McGuinness discovered the story of Anastasia Cooney, who trained as a nurse at the 'Mary Wardell Hospital', and is described in 'The Framing of Harry Gleeson', by Kieron Fagan, (Gill & Macmillan 2015):
"..an unmarried and formidable woman... Anastasia had driven a battlefield ambulance during the First World War. She trained at the Mary Wardell Hospital in Stanmore, north of London, before being sent overseas..."
Laura discovered that Anastasia's time as an ambulance driver could be either with the Women's Legion or the Women's Army Auxiliary Corps. But after searching the National Archives she discovered that most records were destroyed in WWII during the Blitz, and Anastasia's had not survived. But Laura found her Service Card in the VAD Archives:
https://vad.redcross.org.uk/

There is no picture of Anastasia Cooney driving her ambulance, but here is Mairi Chisholm and Elsie Knocker in their motor ambulance in the ruins of Pervyse,1917, on the Belgian Front Line north of Ypres, where they organised a first aid post for most of the War. These two women were Front Line celebrities and feature in many photographs:

This brings us back to the 1914 photograph of the wounded Belgian soldiers at the Mary Wardell Hospital. The Belgian Front Line and the ancient town of Ypres were gassed, bombed and almost totally obliterated. (Today Ypres maintains a close association with Hiroshima, promoting peace and the abolition of nuclear weapons.)
The Belgian population and army, and "Les Inséparables Carabinieres" in our 1914 photograph, were the first to experience the devastation that would characterise the First World War, as they resisted the German invasion of their neutral country in 1914. ​​​​​​​

Pictured below a postcard commemorating "Les Carabinieres" with their gun carriages pulled by dogs: "The Riflemen machine-gunning the outposts..." in Sempst, a village in Belgium in 1914:

In “Our Belgian Guests - Refugees in Brent 1914-1919" By M.C. Barrès-Baker, a fascinating account compiled from Brent Council archives, it is noted that:
"...between late August of 1914 and May 1915, 250,000 Belgian refugees arrived in Britain, the largest influx of political refugees in British history."
https://www.brent.gov.uk/media/387429/Our%20Belgian%20Guests%20-%20Refugees%20in%20Brent%201914-1919.pdf
Helping Belgian refugees was considered to be a patriotic duty. Managed by local authorities, it formed a significant part of local people's contribution to the war effort:​​​​​​​
"On 28th October 1914, Chairman Diaz of Kingsbury Urban District Council  reported that “he had formed a local committee for the purpose of looking after the interests in our district of Belgian Refugees”. Altogether there were 2,500 such committees throughout Britain..."  ​​​​​​​
As stated in 'Our Belgian Guests', the Belgian refugees are almost entirely forgotten and barely mentioned in social histories of the First World War. But a number of fascinating Centenary projects are re-discovering their story:
https://belgianrefugees.leeds.ac.uk/
On October 31st 1914, the "Uxbridge & West Drayton Gazette" reports that the Mary Wardell Convalescent Home is now a hospital for wounded Belgian soldiers, with upwards of 50 Belgian patients being treated there. It is possible that the RNOH 1914 photograph records that moment.
The following year, on August 25th 1915, we see this photograph in the 'Glasgow Daily Record':

"The 'Trench Band' give a performance at a party at the Mary Wardell Hospital, Stanmore, given by the British soldier inmates to a number of wounded Belgian soldiers who are under the care of the Wounded Allies Relief committee. The performers are using the home-made instruments with which they formerly amused their comrades in the trenches."
So it appears that by 1915 wounded British soldiers have also arrived in the Mary Wardell Hospital. Details are very difficult to find, but for the duration of the War there are newspaper articles and references to soldiers convalescing in the Hospital.
Laura McGuiness discovered a moving account of the Stanmore community welcoming back a popular local doctor when he returns from the Front Line in 1916, which describes him stopping to speak with a group of wounded soldiers from the Mary Wardell Hospital.
Pictured below is another discovery by Laura of a soldiers' tea party at the 'Mary Wardell Hospital', from The Wigton Advertiser, Saturday, September 4, 1915:

"Some Belgian wounded soldiers have been entertained at the "Mary Wardell" Hospital, Brockley Hill, Stanmore, by some of their British wounded comrades. Some of the more active of the hosts were able to act as waiters. The picture shows one of the "tea parties". All the men seem to be thoroughly enjoying themselves."
In early 1918 discharged disabled soldiers were housed at the Mary Wardell Hospital, and The Hendon and Finchley Times, Friday, 12 April 1918 reports that the men find Brockley Hill very difficult and that a bench would be helpful...
Seats for Wounded Soldiers
A letter was read from the hon. Secretary of the "Home From Home Club" Midland Institute, Cricklewood stating: - “In connection with the above Club, we hear from men in the Wardell Hospital that the hill is a great trial to some of them. Would it be possible for the Council to provide a few seats for them? Or failing that I would be willing to help arrange a whist drive to provide funds for same. Some time ago we put four in Cricklewood and the men now say they cannot imagine how they ever managed without them. The seats can be bought for £2 10s. each, and I have a sum of nearly £2 left over from our drive (which was promoted for the purpose of having seats) and I feel sure that the ladies who assisted me would be quite pleased to hand over for so good a cause.”
These fragments discovered during our search for the 'Grey Lady' bring us closer to the story behind the 1914 photograph of nurses and Belgian soldiers posed outside Eastgate House.​​​​​​​
DISCOVER MORE AND LISTEN to amazing stories of Belgian refugees and troops as they arrive in Britain, the welcome and care they receive from local communities; the National Council of Trained Nurses battle for professional nursing in a time of War; and the British public's response to the sight of severely wounded Belgian soldiers in London's streets, foreshadowing the future for British and Allied troops - performed by RNOH staff, clinicians, patients and volunteers.
The podcast ends In Belgium, where it all began in August 1914 - with a recording of the ceremony held every day at the Menin Gate in Ypres, recorded during the height of Coronovirus, without crowds and where a solitary bugler plays out the last Post accompanied by birdsong.
Episode 5: AUGUST 1914
For the next chapter in 'Our Search for the Grey Lady' go to:
"Repairing War's Ravages" 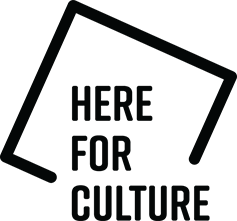 Then and Now
↑Back to Top